Arthur L. Williams is a native of Volusia County.  He was born in Daytona Beach and raised in 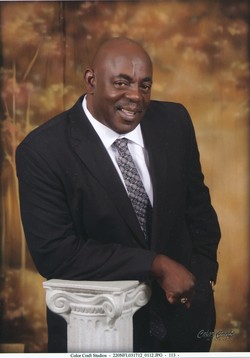 Ormond Beach, FL. His parents were the late Essie & Arthur L. Williams.  Art graduated from Campbell Senior High School where he was a superstar, multi-sport athlete, selected for All Conference, All State and All County.     Upon graduating from high school, his love for sports led him to seek a college degree.  His desire was to become a coach.  He attended Wiley College, Marshall, TX and later attended Arkansas University (formerly Arkansas A&M) where he earned a Bachelor’s degree in physical education.  He was selected for Who’s Who in Black America.   His passion to play football lingered on, and he was encouraged to take advantage of opportunities in pro football.  He became a free agent for the Washington Redskins in 1970.

Art (as he is known) returned to Volusia County and worked as a UPS driver for 30 years before retiring.  He moved to New Smyrna Beach in 1989.  Soon after moving to New Smyrna, he eHe quickly became active in community affairs.  As a recognized member of the community, he was appointed by Florida Governor to the Bert Fish Hospital Board of Directors.  Through his participation in the youth programs, he now serves as a Boy Scout leader and mentor.  Art is proud to say that he is a Christian man.  He is a member of Allen Chapel AME Church, New Smyrna Beach, where he serves as the head steward.

Art and his wife, Russelle have been married for 28 years, and he has five children and six grandchildren. He is the owner and operator of the Arthur L. Williams Landscaping & Tree Service, New Smyrna Beach, FL.

We are proud to honor Arthur L. Williams, Jr. as our Hometown Hero.